CHS comes out with fine essays time and again, and this is one such occasion.

Clueless economists are wringing their hands about the labor shortage without looking at the underlying causes, one of which is painfully obvious:
Click to expand...

the American economy now only works for the top 10%; the American Dream of turning labor into capital is now reserved for the already-wealthy.

As a result the Smart Crowd is opting out of the conventional workforce's debt-overwork-deadend-treadmill. What clueless economists, pundits and politicos don't dare acknowledge is that credentials and hard work are not a ticket to middle-class security; they're a ticket to impossible workloads demanded by global corporations and high-cost lifestyles anchored by student-loan debt, high rents and out-of-reach real estate.

In other words, credentials and hard work are a deadend. Costs rise faster than your income no matter how hard you work, and corporations are ruthlessly extractive despite the bogus PR of "we value our employees": just as government only values its tax-donkeys after they're gone, corporations only value their employees after they burn out and leave the Corporate America treadmill for good.
Click to expand...

Of Two Minds - Now That the American Dream Is Reserved for the Wealthy, The Smart Crowd Is Opting Out

The Z blog is the first thing I search for every morning from Monday to Friday. I didn't realize anyone else on this forum also perused it. This is one of my favorites:

Now we have Biden, a man with early stage dementia. For reasons no one can explain, this shuffling corpse is supposed to be wildly popular. In his youth, when he was able to be himself, he was as popular as rectal exams. Then all of a sudden when he becomes a shuffling husk, he is all the rage. It turns out that his real value was as a vessel into which the image makers could pour the ideas for his role. Biden is the death mask for a dying regime that does not have the decency to like still.
Click to expand...

bigbadwolf said:
The Z blog is the first thing I search for every morning from Monday to Friday. I didn't realize anyone else on this forum also perused it. This is one of my favorites:

No way!
He has got brilliant takes, but I thought he was niche, how wrong I was.
I enjoy his more theatrical, apocalyptic takes like the one I posted.
The last one about the real estate crisis in China was good also, although I am skeptical about the conclusion. I was not aware of him in May so I haven't read the piece you attached. Out of his most recent output, the two-part podcast about the modern revolution I'd say is noticeable.
Last edited: 10/31/21

Berenger said:
but I thought he was niche, how wrong I was.
Click to expand...

bigbadwolf said:
He is niche. Most people would probably classify him as 'white nationalist' and he would probably not demur. He also writes frequently for Takimag.
Click to expand...

What a horrible person he is then, he doesn't deserve all his copious white priviledges. Should be stripped of all of them and sent to a CRT bootcamp.

Berenger said:
What a horrible person he is then, he doesn't deserve all his copious white priviledges. Should be stripped of all of them and sent to a CRT bootcamp.
Click to expand...

Daniel Duffy said:
You mean, like these Illinois lads?

Eventually, according to a well-known and thoroughly studied dynamic on messageboards, your post was unavoidable. You lose and thread closed. 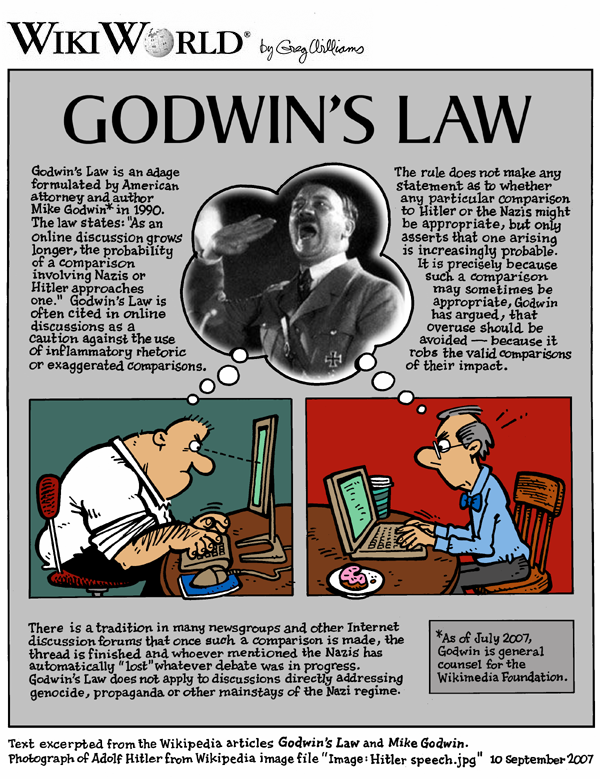 Meanwhile, here is today's post from the Z man. Another good one:

Bush II and Obama were basically spokesmen for organization that existed in the shadows, like the one stocking the Biden administration. They were also the most shallow and unaccomplished men to reach office. Neither had done anything to that point that would warrant local attention, much less national attention. They could have been hired from a talent agency and trained to play the role. Obama famously used a teleprompter for all public utterances.

One reason the imperial capital revolted when Trump was elected is he was a break in the long evolutionary chain. By 2016, the people who actually run the government had come to see the president as window dressing to appease the masses. The real work of governance was done by the thousands of people who live, work and socialize in the world’s largest small town. From their perspective, he was a threat to their democracy, because their democracy had become one party rule.
Click to expand...

Always a pleasure to listen to Michael Hudson:

How to Save Greece