If New York Is the Capital of Finance, there are lots of provincial towns...

A very quick bit of background. I entered the Baruch MFE in Fall 2008 as a full-time student, while continuing to do work for my previous employer. When my summer internship search was unfruitful, I negotiated some work at another hedge fund where I had a contact, located in the Boston area. For various personal reasons completely unrelated to the work (although I had an incredible time at this fund!), I found my summer residence extremely agreeable, and decided to seek employment only in the Boston area upon graduation. As luck would have it, shortly before graduation I received my perfect offer and all the pieces fell into place. 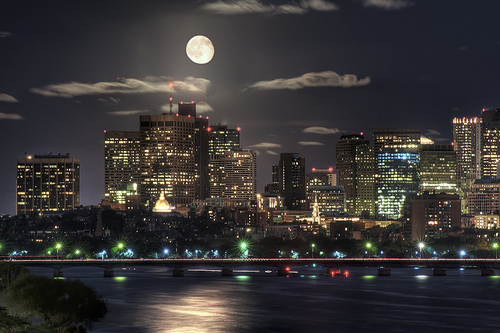 This article isn’t about that history, rather it is about some of the issues I had regarding moving to a new city, searching for employment, and how the two compare. Foremost, why would you bother leaving New York for another city? One good answer may sound tautological, but time spent in the workforce is much more valuable to your career than time spent out. While education and self-study have their places, it is immediately apparent in a person’s confidence and knowledge when they have work experience. Therefore, taking a job in another city or in a non-ideal job is going to make future hiring much easier. The corollary of this is that since many companies prefer to hire internally rather than externally, working at a large company – even doing what you don’t want for the time being – can be very advantageous. Consider that many members of my group moved up the ranks from within my company; they began answering phones, and then transitioned to becoming traders or analysts.

Just as in New York, employers can be found in several distinct areas. In New York, these areas are Downtown and Midtown; in Boston, it is Downtown (or the Financial District, or just “Boston”) and Back Bay. However, there are many smaller companies found in Cambridge or in more suburban locales.

Another, less existential reason for looking for work in Boston (or Chicago, or San Francisco) is that a certain type of company can be found there; Boston has a huge concentration of institutional money managers, whereas Hartford has insurers, Chicago has commodities traders, and New York has hedge funds, sales and trading and prop traders. Looking for work outside your home town can have a very good diversification element to it. These towns also have different working environments. While I don’t have a job in New York to compare it to, my impression is that the intensity is lower in Boston than at New York companies, however this difference in atmosphere may parallel the difference in lines of business.

Attending school in New York and looking for jobs in Boston was a little challenging. The first thing I did when putting resumes out to employers was put down a Boston address (I used a friend’s -- don’t just make one up, since when I filled out the employment application they started sending important mail to this address!). This way, inter-city hiring seems less of an impediment; say even that you are in the process of relocating to remove the question of relocation costs (especially if you are looking for a junior role); in my case it was also true that I spent a lot of time in Boston, and was, in fact, planning on moving to there. Buying a Boston Red Sox hat is not required at this point.

How does Boston differ from New York? It’s smaller, flatter, less intense, has more young people (and a different variety of young people), has many more colleges and college students, prefers beer to mixed drinks (as compared to New York), has cooler weather, has a less visible and smaller immigrant population, has less frequent mass transit, likes the outdoors more, and costs about 25% less to live in (this is a rough measure). Some of these things can be virtues, but are also generalizations; you have to go there and spend some time to really get a feel. The advantage is that since there are so many schools, chances are that you may know someone who is at college there, or someone from your past who graduated but never left Boston. Regardless, it’s good to have friends or at least acquaintances when starting in a new place.

As a born-and-bred New Yorker, the biggest adaptation to Boston was its relative quaintness. Getting around in New York always has a rough-and-tumble feel, with constant activity on the dirty subway platforms and noisy trains; Boston trains (the “T”) are clean and pleasant by comparison, without any panhandlers or performers on the cars (I still haven’t figured that one out). Bars close at 2 am on weekends and 1 am during the week, both of which are times after which the subway system has closed (if you live on the right line, you may be able to catch a 1 am train). There are not delis on every corner; those delis that exist do not furnish the same unlikely combination of coffee, candy, junk food, milk and fruit that you find in New York. You can probably walk between any two points in an hour, and if cars are your thing, a pound of flesh is not their price.

On the other hand, it’s still big-city living. You can get someone else to do your laundry; there are plenty of fast food lunch places and fancy restaurants in downtown; there are pockets of bars; a theater district; tourists; mass transit meets your needs; great walkability.
And for some, the best thing about Boston is that it is only a few hours and less than $50 from New York by train, car or bus.
D

Hi Doug. Great post. Can you elaborate on the differences between young professionals in NYC from those in Boston?

Most of the NY folks I have associated with are desperate to work, work hard, and make lots of money. They want to pretend they're five years older and more important than they really are. (Not a value judgment, just saying). Boston folks are generally more laid back and perhaps less ambitious about those goals. They're not afraid to admit that they're not that important. Not surprisingly, most folks feel like they're still in college or just out.
D

That seems like an accurate assessment. Boston does have Harvard and MIT though, which get a lot of high-powered, brilliant, and accomplished young people.

That's very true of Boston, but also pretty much true of most any other town besides New York in the US. Anywhere I go after New York feels tiny!
X

A
Willing to move to quant research from Risk modeling

S
Need Advice For My Future Job In Quantitative Finance