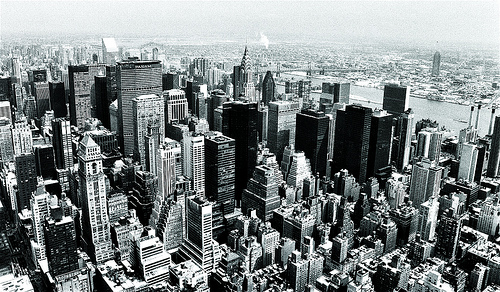 So, it is officially one month since I have been in New York and it has been quite a month. In addition, I also finished my first refresher/course at Baruch. The course was primarily a C++ refresher taught by Alain Ledon, who is a graduate of the program, and VP at Bank of America/Merrill Lynch. He also teaches the Object Oriented Programming in Finance course in the fall semester, but enough about that later. Oh, and I also work now.
So what were some highlights of the month? Here are a few that stood out (NO ORDER):

1) Best burger in New York City
So I had the pleasure of having the so called “Best burger of New York”. This burger can be found at Burger Joint which is located inside the Le Meridian Parker hotel. You can find more about it here: http://www.parkermeridien.com/eat4.php
The place is located behind these ceiling high curtains and a small alleyway by the lobby/atrium area in the hotel. Inside you can find scribblings by famous celebrities including Aston Kutcher, Tommy Lee, etc on the walls who have had the pleasure of eating at this burger place. It is a must see for everyone visiting.

I also had the chance of eating a “top 5” burger of New York which is available at the Shake Shack in Madison Square Park near Baruch college. I have been to it few times now. It is truly an incredible burger, but I believe due to its fatty content it did not make the #1 spot although I personally preferred this burger over Burger Joint. The line at Shake Shack is usually massive with a 1 to 2 hour wait so make sure you see the web-cam on their website before you go: http://www.shakeshacknyc.com/ . So if you’re in New York, make sure to stop by these two spots.

2) C++ Refresher at Baruch MFE
The C++ refresher was a very important refresher for me since I did not come from the strongest C++ background. The course was focused more as a “do it and learn it” sort of concept which is the way ANY C++ course should be taught. The professor was extremely knowledgeable not only in the intricacies of C++ but in its general history too as he provided commentary on several origins and historic pieces related to programming and C++ specifically. The professor is a VP at BofA/ML as I mentioned before and came with a strong background in Computer Science. He had a very light hearted and friendly approach while communicating with us. He would come out to dinner with us almost every night after the class and was also kind enough to buy some of us dinner at a Thai restaurant once, which was truly appreciated. The great thing about Alain was that not only was he a truly exceptional programmer he was very good at taking tips to improve his class.

During passing some of the students while having dinner mentioned to him that it would be good to have some time devoted to programming specific questions so students can know “how to program effectively” and understand better.

The right next class, he took upon our suggestions and did exactly that, which was truly great to see. It was really great to see how friendly and familial the class atmosphere was kept in this refresher and the ease with which we could approach our professor. I definitely learnt a lot and hope to keep learning as the semester progresses as we will be utilising C++ in several courses to quite an extent.

For those interested we used Savitch’s Problem Solving in C++ book for the refresher and MyCodeMate for many of the problems.

3) Chinatown Shopping
I don’t know what to say here other than what people probably already know. The array of shopping opportunities in the area is just unbelievable. It is truly like Little China. I went shopping in Chinatown to buy my mom and my girlfriend some goodies from New York since I would be going back to Canada for a few days to visit them. I don’t want to get into details over here but if you’re in Chinatown make sure you goto the McDonalds and order “Sweet Tea” as it is truly a refreshing drink.

4) Alumni
Ah, so this was something that I sort of was expecting but not at this level. So we met the first few alumni at the International Association of Financial Engineers conference. One of them worked at Goldman Sachs, and the other at a Portfolio Analytics company. They were so friendly and gave us all who were at the conference from Baruch some great advice. There was no feeling of superiority or seniority. They were very open to talk to and friendly. The next set of alumni and current students who were doing internships and working was at this amazing lounge called the Press Lounge. It was located on the rooftop of Ink 48 hotel not too far from Times Square. A few people from Morgan Stanley were there which included mostly Baruch MFE students and alumni. There were a few Columbia students and other university interns who were working with Baruch MFE students at Morgan Stanley by Times Square.

The guys were extremely friendly and also once again gave us lots of great advice on the program and what to expect and what the future sort of holds. They all worked at Morgan Stanley with some in the Risk Department and some on the Trading floor. It was great to get a perspective on the program by students who have already finished a few semesters in the program.

The next set of alumni that I met was at an organised Alumni-Meet up at Baruch College. A bit over 25 alumni came by. It was amazing to see the spectrum of students who were graduates of the program and how they all were currently doing within the financial industry. Almost 75% of the alumni seemed to be working at one of the big investment banks. The rest were at a range of firms from Bloomberg, Quantitative Brokers, R&R Consulting, etc. The event had food provided, with a range of horderves. Other than the tuna horderves I enjoyed the rest . I got a chance to meet and talk to a few of the alumni which was great. It would have been nice to have more time to talk to them, but there will be several such events in the near future so I am not too worried about it at the moment.

6) Alpha Quant Club
I did say this was in no order, but I did save the best for last but unfortunately I cannot give out too many details about it at this moment. But for now, for who wants to know, I am Quantitative Strategist @ AQC. Yes, I have to be VERY effective in managing my time now doing this along with schooling but it is a great opportunity, and I could not let it go. See more about AQC here: www.alphaquantclub. You can see more about what I do/will be doing on my LinkedIN page: http://www.linkedin.com/in/joypathak . It is truly a pleasure and an honour to have the chance to learn from some of the titanic funds and names associated with the club. I am looking forward to working with Dr. Jim Liew, the CEO of AQC and my professor at Baruch College for Statistical Arbitrage/Algorithmic Trading.

I will make a post about more details in the near future about AQC and some of the new and ground breaking products we will be coming out with for investors.

Overall, it has been a great month and looking forward to many ahead. I am currently back in Canada to visit my parents and my girlfriend and will be back in New York soon.

Congratulations to Spain on winning the world cup! I will be Teaching Assistant to Dr. Jim Liew in the upcoming class for Statistical Arbitrage also, so I am really looking forward to that.
Thanks to everyone for all your emails and questions. I try my best to respond to all in time. Sorry if I get delayed sometimes, I do have quite a hectic schedule.
Also, I will be having competitions and give-aways on my blog soon, so stay TUNED!
Until next time!
Last edited by a moderator: 6/4/14
M

Hi Joy! It is always fun to read your entries. Now that you are in NY we should meet up.

Shake Shack has just opened another location in Times Square. I walked by yesterday and there was a long line outside at 6pm.
http://www.nydailynews.com/ny_local/2010/07/13/2010-07-13_shake__wait__for_burgers.html
QuantNet Online Courses * QuantNet Guide/Master reading list * Track MFE application status​

You can also rock Shake Shack at the Mets game!

You gotta try more burger places, there are so many good ones.

I know this may seem like a known place by now but it has to be noted Corner Bistro on Jane and 8th in the West Village has amazing burgers and really cheap! On top of that its right around the corner from Magnolia Bakery best Banana Pudding and Cupcakes in the City.
P

Sounds like you're taking to things like a fish to water. Happy for you man. Congrats on the Q Strat position too by the way. Sounds like you haven't even started the actual classes yet and your resume is already rivaling some people with a couple years of work experience!

12/15/21
Andy Zhang
A
S
Books based on Software engineering for finance.