At first blush, it might appear utterly bizarre to invoke the name of Immanuel Kant in connection with credit ratings. However, we do so to make it clear that the argument we are about to make on the dynamics of credit assessments is neither new nor controversial. Hopefully, readers of this essay no longer regard Kant as radical. 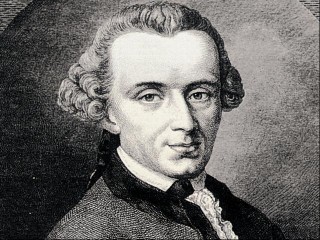 It will be recalled that Kantian philosophy was mainly a reaction to the liberating, and thus politically dangerous, “new” physics of Isaac Newton. Apparently, and contrary to prevailing opinion, unaided human intelligence had figured out the divine mind underlying all things. Kant replied that, on the contrary, since the way we viewed the universe was essentially related to the very make up of our mind, Newton had in fact figured out his own mind, and nobody else’s. The philosophical issue was that a successful deductive system had been invented, contrary to the inductive, Aristotelian paradigm that held sway at the time. The underlying political issue was of course much more serious. It was a debate between a world of infallible laws (the Republic) on the one hand, and a world of fallible men (the Monarchy) on the other. What does this have to do with credit ratings?

The essential difference between human and purely physical systems is the presence of volition under the guise of feedback. In this case, if there were no cybernetic loop leading from the credit marketplace back to the credit analysis community, credit professionals would have to truly discover the underlying physics associated with credit dynamics to have any chance of being useful in an economic sense, something that would amount to knowledge of the future. In short, it is the inductive, as opposed to deductive, nature of credit ratings that renders moot the question of the exact mathematical relationship between default rates and rating assignments.

It may seem amazing that the many generations of credit analysts that have gone through Moody’s and S&P have collectively and unintentionally given rise to a logarithmic credit scale. As Kant would have said, the fact that this happened is probably related to the way the human mind perceives reality. Thus, the logarithmic form is the only absolute of a credit scale. The larger the database, the more it is self-reinforcing. Companies whose default behavior is different from what the original rating would lead us to conclude are simply downgraded such that they now fit into the appropriate default bucket. In a nutshell, the particular initial numerical correspondence enforced between letter grades and default rates is immaterial. Any logarithmic scale can be used because that scale simply becomes the set point around which the entire process starts to converge.

The use of an objective rating process is however the conditio sine qua non for this coalescence to occur within a reasonable time frame. A rating process left to subjective human intervention will display a much higher noise-level than that associated with the actual statistical behavior of the real world. By contrast, the consistent use of objective scoring models acting as control mechanisms will produce much faster convergence in distribution than any judgmental system.

In the process of adopting the new Basel II proposals, banks will be encouraged to devise internal rating systems under the theory that they know their customer base better than anyone else. Our point is that a reliable correspondence between assigned letter grades and actual default rates will take much more time to converge if a bank adopts as its standard the rating agency method of peer group comparison rather than mathematically rigorous credit scoring methods. This is because, as we have indicated above, any under- or overestimate in the actual default rate of a similarly rated universe of companies will be fed back to the rating system and will cause an immediate correction to the original default rate estimate. This corrective process, when implemented either through the rating scale or via the mapping function between ratings and their associated default rates, will continue until default rates converge in distribution exactly to the assumed rating scale.

In other words, if we had started out assuming that Aaa companies had a 2-year default rate of 0.01%, then at the end of fifteen or twenty years of observing the credit behavior of companies rated Aaa by a bank’s internal rating system, the actual 2-year default rate of such companies would be very close to 0.01% because any discrepancy between the default rate of Aaa rated companies and 0.01% would have generated a corrective signal that would have either lowered or raised the average rating of companies in that segment to bring the default rate in line with our stated target. The combination of a feedback loop and a purely objective rating process thus validates our initial assumption about the rating scale. This is what Kant meant. Without feedback, any assumed default rate behavior underlying the credit scale remains just that, i.e. an ungrounded opinion. As we know, all of them are wrong a priori.

For another example, most economists are deeply impressed by the fact that the Black-Scholes [BS] option pricing formula can predict so accurately the actual price of traded options. For them, this is a proof that the BS formula is the “right” model of option pricing. In truth, this type of statement betrays a very linear, hence adolescent, understanding of economics. What really happens is that market participants are simply using the BS formula to price options. A true comparison between the BS price and empirical evidence is neither attempted nor necessary. Therefore, this coincidence between theory and practice is as amazing as the fact that large rivers somehow always flow next to large cities, or as ludicrous as the well-known CEO opinion to the effect that he or she “doesn’t play politics” at work.

This Kantian epistemological argument simply reinforces the belief that rigorous bank credit rating models are not only desirable to save money, but they are also necessary if economic meaning is ever going to attach to credit ratings in our lifetime.

Did Subprime Loans Cause The Housing Crisis?