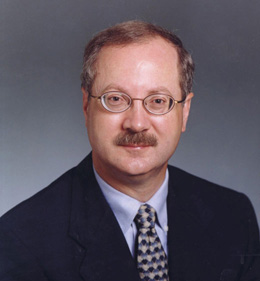 What projects are you currently working on?

First of all, I am building models for limit order books using techniques from queueing theory. Secondly, I am trying to understand better the relationship between the Heath-Jarrow-Morton and Brace-Gatarek-Musiela models for the term structure of interest rates. Also, I am seeking to work out the consequences for trader behavior of different types of compensation schemes. Finally, I am concluding a project on the effect of transaction costs on optimal consumption and investment in a multi-asset model.

What do you consider your biggest achievement

Figuring out how to teach stochastic calculus to people who are not in mathematics Ph.D. programs. The finance context helps a lot, because it brings the theorems to life.

Your books on Stochastic Calculus are de facto text books used by numerous MFE program to train generations of financial engineers. If you have a chance to rewrite your books, what would you do differently?

It is gratifying to know that my books have been helpful to so many people. They evolved from classroom notes and benefitted from discussions with many students over the years before they became books. As a result of teaching this material so frequently, I have many more exercises, which I plan to eventually include in new editions of the books. To partially satisfy the scores of requests I have gotten for solutions to the exercises, I will also put in more worked examples. I do not provide solutions to the exercises because that would compromise the usefulness of the books as texts for courses. I plan to expand the first volume, the one on the binomial model, to include material on foreign exchange and a derivation of the Black-Scholes formula starting from the binomial model. I would also like to expand the second volume, the one on continuous-time models, to include more material on forward measures and foreign exchange.

What is your take on the financial crisis and the quants and their mathematical models that were blamed for it?

Several factors came together to cause the financial crisis. Some of them are
You asked about the last point. Mathematical models are no substitute for careful analysis. A good model builder/user knows the assumptions on which the model is based and has some sense of whether an application of a model violates those assumptions in some essential way. A poor model user takes the model as a black box into which one puts data in order to get out prices. I don’t know any serious quant who believed that model-based pricing and hedging of subprime-mortgage-backed assets with thousand-page descriptions was possible. Several quants have told me of their frustrations trying to get senior management to limit their exposure to these assets. So long as there are “profits” to be made, no one wants to listen to a quant worry about model risk. In fact, because there were profits to be made the ratings agencies were willing to plug numbers into formulas and conclude that some of these assets were investment grade. I hear stories of banks who marketed these assets by saying that their “quants” had studied them and found them to be safe and reliable. There was a time when cigarette companies would hire “medical researchers” whose studies minimized the health risks of tobacco. These were not serious medical researchers. Likewise, anyone who gave a model-based blessing to CDO-squared and similar arcane instruments cannot claim to be a serious quant.

I discussed the Gaussian copula in the article “Did Faulty Mathematical Models Cause the Financial Fiasco?” which appeared in Analytics magazine and can be downloaded from my homepage www.math.cmu.edu/users/shreve. There is nothing inherently wrong with the Gaussian copula. It is a powerful tool for capturing correlations. However, as applied in finance, the model is static and hence cannot provide much guidance about how to hedge risk over time. Also, a simplified version of the Gaussian copula was used in which all correlations were reduced to a single parameter, and when the crisis arrived, that parameter was seen to have been incorrectly estimated. No one put into their models the possibility that housing prices would decline together across the country. It is not the fault of the model that its users overlooked this possibility.

Do you believe that the financial crisis contradicted some base assumptions behind risk-neutral valuation?

No. Risk-neutral valuation of derivative securities is justified if and only if those securities can be replicated (i.e., hedged) by trading in underlying instruments. That is never quite the case, but in liquid markets it is often almost the case, and in those markets, risk-neutral valuation is a very effective pricing tool. When replication is not possible, and it is not possible in credit markets, risk-neutral valuation is nothing more than an elaborate interpolation scheme and should be used only in combination with stringent risk management. That was true before the crisis and remains true today.

Companies are investing more and more into their trading divisions and technology nowadays. How important is Risk Management in today’s financial firms. Should there be more focus on model risk rather than just trying to develop more speculative models and quant strategies and improving technology?

Absolutely. Model risk must be taken seriously. Never trust a model fully. Knowing how much trust to place in a model requires a good understanding of the model and the market in which the model is being applied. Acquiring this knowledge is hard work, but failing to acquire it invites disaster.

What is the next major area of development for quantitative modeling

Models to help us understand order book dynamics and optimal execution are badly needed and are under development.

We need the banks for financial intermediation, and that requires that they synthesize and trade derivatives. As a society, we would be better served if the banks did not engage in proprietary trading. If these two functions can be separated, I am for it. However, I don’t know if they can be kept separate.

What would you do if asked to regulate Wall Street

Pay the regulators as much money as politically feasible. Otherwise, all the talent migrates to Wall Street.

When CMU started its Computational Finance program in 1994, it was one of the first programs of its kind. Now, we have programs of all shape and size vying for the same group of students. Do you believe the market can absorb the number of entry level quant graduates produced each year

I did not expect the market to be able to absorb even half as many entry level quants as are being produced, and now that it has, I don’t know what to expect about total numbers. Because we devote so many faculty and staff resources to our program, I expect the CMU program to remain among the leaders in this field, and hence there will be a place for our graduates even during market downturns.

If you are a student today, how would you go about choosing a good Financial Engineering program

Some of the factors to consider are breadth and depth of the curriculum, including the degree to which it is integrated rather than individual instructors doing their own thing in isolation, the quality of the instruction, and the support for placement. Some of this can be learned from reading websites, talking with current and past students, and checking to see if detailed and credible placement statistics are available. For students who are new to finance and hence need to build a network for career advancement, graduation from a program with a large alumni network is valuable.

Currently, only a handful of the MFE programs provide any kind of public numbers on their website. Do you believe these quant programs have to be more transparent in their employment statistics

Yes. Furthermore, programs need to report their figures honestly. Eventually everyone finds a job of some sort, so all programs can claim 100% placement. Reporting this is not helpful. To report on placement for our Master’s program in Computational Finance, we use the standards agreed to by business schools for reporting on placement of graduates from their MBA programs. In particular, our final figure is the number of students placed in jobs appropriate for our degree within three months of graduation. Our rules for computing starting salaries are strict. For example, estimated year-end bonuses are not included. All this information is reported on our website.

This is engineering, and it makes sense only for those who like math, know how to program, and have the interpersonal skills to succeed in a business environment. The hours are long, especially at the beginning, and those who are successful are those who enjoy most aspects of the job. You cannot do a job well over a lifetime, or even half a lifetime, if you don’t like it. A good salary does not change this fact.

What is something you wish you had known 10 years ago? What would you like to be doing 10 years from now

I wish I had known ten years ago that financial engineering would see such phenomenal growth. It would have enabled us at Carnegie Mellon to plan better to meet the rising demand. Ten years from now I plan to be finishing up new editions of my Stochastic Calculus for Finance books.

What is something most people don’t know about you

My wife and I have a farm house in West Virginia — land that has been in her family for generations. I go there to drive my tractor and unwind.

Thank you for your time, Dr. Shreve and we look forward to reading your next book.

C
What courses should I take in college for quant + career advice.