The Hollow Men of Financial Engineering 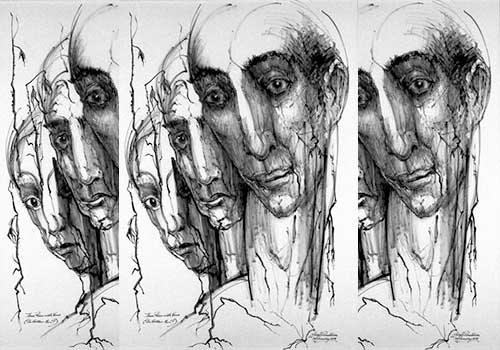 As many of you know, my original post on the sorry state of Financial Engineering [FE] education in America attracted sharp criticism from all quarters, most of which aimed at putting a good face on an obviously dismal state of affairs. In passing, that article had lain dormant on my hard drive for five years, just waiting for the inevitable to happen. At the time, I thought it would have a catalytic impact on people who would not have given me the time of day just two years ago. Not surprisingly, I was wrong.

Yes, perhaps it was an unfair attack on the brave soldiers of academic finance, toiling under battlefield conditions to improve the lot of ordinary Americans, and asking for a mere pittance in return. The only other possibility is that I had accidentally touched a deep and festering wound within a professional body intent on covering up for large financial concerns who fund most of its activities, and whose main task is to give a veneer of respectability to something that is anything but respectable.

Since all the negative criticism leveled at the article was made anonymously, we will never know. People who wish to remain nameless usually have nothing worthwhile to contribute towards a possible resolution. They also don’t have the time, mind you, busy as they are bowing before the men of Wall Street with exaggerated obsequiousness, no doubt hoping to receive their fair share of some large, manhood-validating and undeserved bonus. As a result, this post is intended more as a sober sequel to the first piece rather than an apology for some purported, unwarranted viciousness. It is addressed to the professionals among us, whatever that means, and to those wishing to become professionals in finance, whatever is left of it.

The first thing to clarify would appear to be the definition of a professional. People who blow with the prevailing wind are not professionals, but politicians.

So then, what is a professional?
Three obviously related attributes characterize all professionals:
A professional plumber does not do a “better” job in the White House than in low-income housing. The same applies to professional singers and basketball players. Whether Mick Jagger sings for $1 MM a night at Madison Square Garden or pro bonoin Hyde Park, he sounds just as good, or bad.

A bona fide financial professional does not have “his own way of doing deals”, the same way a pilot would somehow have “his own way of flying airplanes”. On the contrary, professionals can understand each other solely because they share a common framework. However, it is only after being trained academically, i.e. within situations whereby no cash changes hands, that one can have any hope at all to develop the ability to steadfastly apply consistent and uniform financial standards under pressure. Given enough time, any moron can do a deal, and of course many have. While the heat is on, out there in the topsy-turvy world of finance, is not the time to think things over quietly, longing to discover some newfangled, harebrained scheme because you don’t have a clue how your deal is supposed to happen. Those who do this, i.e. more than 99% of Wall Street deal-makers, are quintessential amateurs, not professionals, and are headed for disaster, not success. In American finance, desperation and dilettantism are too often mistaken for creativity.

Likewise, laid back professors sipping lattes and working 9-5 M-F in some ivory-tower University are not exactly the type of creatures who can credibly talk about performance under stress. In addition, confessing one’s ignorance via some communist-style manifesto is frankly too little, too late. Someone who has never done a deal himself cannot be reasonably expected to teach others how to do deals. In fact, such people would quickly realize the futility of their classroom endeavors were they ever placed under actual deal conditions, having to get things done while attending to the countless details that form the essence of true financial analysis. Instead of engaging in the usual denunciations of greed, they would quickly develop a healthy level of humility and respect for the authentic challenges of American finance. Saying there is too much greed on Wall Street is like saying there is too much sex in a brothel.

Why bother with Saturday Night Live when the average IAFE seminar will do just as well? I’ll bet you can even earn CPE credits for listening to such self-congratulatory rhetorical rubbish. Surely, Fischer Black’s departed soul must be tickled pink at having some meaningless memorial prize named after its former bodily residence. I would bet, however, that Black would have been far happier to receive what was rightfully his, i.e. the Nobel Memorial Prize, during his lifetime. As most people don’t know, the Economics profession patiently waited until he died of cancer in mid-1995, thereby clearing the way for the awarding of the 1997 Nobel in Economics to second-rate intellects that never made a single contribution to finance, let alone mankind. As most people do know, the Nobel Prize may not be awarded posthumously.

As expected, the FE profession is still in denial, or at least experiencing severe withdrawal symptoms. A paradigm case in point: the Chicago School of Economics recently held a well-attended conference with the stated objective of investigating whether its thinking bore either blame or responsibility for the occurrence of the sub-prime crisis, and if so how much. As expected, the usual suspects reached the foregone conclusion that Chicago School thinking was totally blameless and that, in point of fact, the fault lay entirely with those who had “misunderstood” its groundless theories. The truth, rather, is that the Chicago School was actually understood, not misunderstood. On the other hand, none other than Fred Nietzsche himself, a well-known paragon of modesty, was quite fond of saying he was much more afraid of being understood than misunderstood.

It is regrettable that Chicago academics still don’t understand finance, for it is clear that a fiasco of this magnitude has its root causes in the inadequacy of the current financial paradigm. The most glaring example of such mammoth incompetence is “Man of the Year” Ben Bernanke himself, the Chance Gardener of American finance. As Samuel Johnson said, “a horse that can count up to ten is a remarkable horse, not a remarkable mathematician.” Other than Jay Leno and David Letterman, please tell me who else is happy with the Federal Reserve’s handling, or perhaps mishandling, of the credit crisis.

Given such concerted efforts at self-exculpation and blame-shifting, it should surprise no one to hear that FE institutions have not made a single meaningful change in their curricula over the past three years, or even gone through the slightest amount of serious soul-searching. In fact, except for the occasional cocktail party-bound remark to some wide-eyed debutante to the effect that the current situation is “regrettable” and that financial professionals are now “much more careful” than before, it’s business as usual on Wall Street and in financial academia. Schools are still happily teaching how to “predict” interest rates, despite having failed 100 years in a row. One would think they’d get the message. Thank God, interest rates are unpredictable else none of us would have a job! It is not the failure, but the attempt, to predict interest rates, which proves you don’t understand finance.

Since everyone concerned believes it was not their fault, it’s not their problem either. In fact, according to prevailing wisdom, all is well in financial education. Sadly, more than ever before financial professionals have become juvenile rebels without a cause, hollow men within a world they now command without authority. When you conquer without fear, you can only triumph without glory. Worse yet, the younger generation has already become utterly cynical, and rightly so, as a result of such transparent disgrace, adolescent excuses and unacknowledged shame. Our students do not need prompting from thoroughly discredited teachers to draw their own conclusions. Finance is being radicalized as I write, and the question is really when, not whether, the ultimate reckoning will come back to bite us in the proverbial behind.

Of course, a few of the more reckless hedge funds are out of business, which means that a few of the more expensive mansions are on the block in Greenwich and Calabasas. Most of us breathed a huge sigh of relief when two senior managers from the twin infamously collapsed Bear Stearns hedge funds were found innocent of any wrongdoing. It feels real good to know there was neither conspiracy nor scienter, just plain ignorance and stupidity. This is one of those rare instances where, thanks to their own incompetence, garden-variety traders neatly avoided a well-deserved, extended vacation in Danbury. Inspector Clousot would be green with envy, so to speak. A Panther has nine lives; how many does a Bear have?

Viagra sales are up (no pun intended) in the nation’s financial centers and shrinks are now happily making a bundle explaining to erstwhile Masters of the Universe, financial Don Giovanni’s turned limp losers essentially overnight, that the capital markets inexplicably “moved against them” and that a rogue Al Qaeda faction is most likely responsible. Of course, it is still possible that all this could have been nothing but a horrible nightmare, some sort of napalm-spewing Black Swan on steroids. However, in that case it must have been a gigantic one, because the fiendish beast was easily discernible years ago.

What ought to be done? For what they’re worth, the following are my suggestions:
As things now stand, Murphy’s Law is the only maxim that holds true in American finance. So maybe it’s time for FE graduates to find a way to embrace the non-linearity of structured finance, if only as a means of securing their own continued employment.

Admittedly, structured finance is in total disarray right now. It needs to make a serious comeback simply because it’s a good idea. Only a good idea can be maligned to such an extent. Corporate finance belongs to the 19th Century and should remain available to those still stuck in that imperialistic mindset, which unfortunately includes quite a few people. Luckily, the sun has already largely set on this clubby, exclusive, anachronistic and parochial form of finance. Only structured finance can respond positively to the looming challenges of the 21st Century, and become understandable to the many, rather than remain the preserve of the few. It is silly to blame deals for being too complex, as if they were somehow thrown onto the markets via a process over which we have no control. Deals are not too complex, for they are just what they are. They don’t need to change, we do.
S

I think the Three Faces With Venus is an excellent depiction of "cerebral want".
I

You really think that is the professors' intent? To cover up for financial concerns? It's probably just to get published, sell books, etc.
S

This article makes less sense than your other one. How do those three three principles characterize a professional? And what singer sounds the same at every concert?
S

Do you mean "retaining the morbid obsession with BS PDE"?