Where are the Quants?

Around April of 1915, the Western Allies of WWI embarked on a campaign that would quickly turn into one of the costliest mistakes in modern warfare: the Battle of Gallipoli. This fiasco was largely motivated by a legitimate desire on the part of the Western Powers to resupply their ally Russia, as always cut off from the main European theater. Under the leadership of (First Lord of the Admiralty) Winston Churchill, the Allies decided to attack the Gallipoli peninsula on the edge of the Aegean Sea with some of the less capable warships in the British Navy’s then considerable arsenal. However, when combined Anglo-French naval forces proved unable to break through Ottoman defenses lining the Dardanelles, land forces were called in, ultimately with catastrophic results in terms of both material and human losses.

This was carnage of hitherto unseen magnitude, whereby casualty rates routinely hovered around 90% on the Allied side. It was also the series of engagements via which Mustafa Kemal, himself a commander at Gallipoli, emerged decisively as the undisputed leader of modern Turkey, and during which he gave what is arguably the most celebrated order in military history: “I do not order you to fight. I order you to die.” 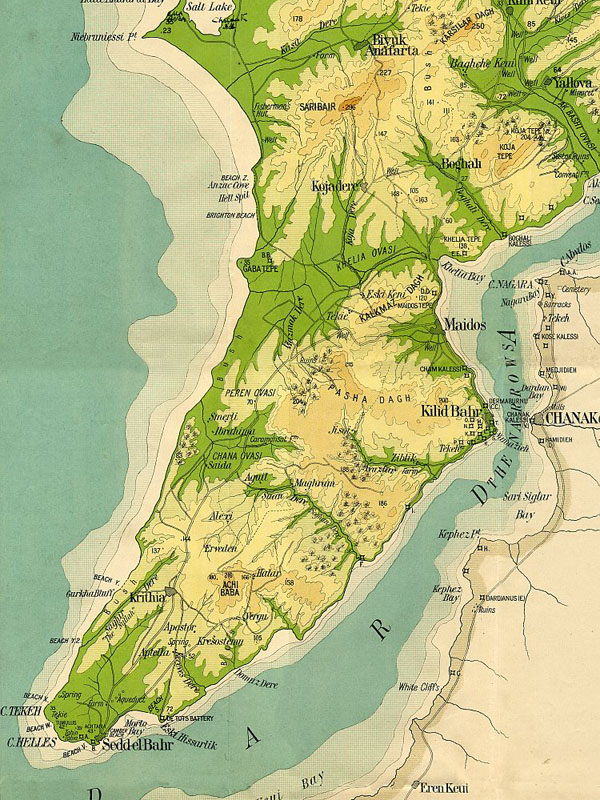 Meanwhile, back in London, heads began rolling. Suddenly, someone in Parliament screamed “where are the Lords?” The answer came swiftly and quietly, “they are in their graves”.

For the British army, this was a vivid reminder of Balaclava. However, in this case many had blundered. Unbeknownst to most of those in attendance that day, British planetary hegemony would not survive the aftermath of WWI. Soon thereafter, the Empire started exhibiting power fatigue. In just a few years, the baton of military supremacy had been passed to the United States, where it resides to this day.

Furthermore, it appears so-called “quants” and academics are still happily operating inside their cocoon or ivory tower, as the case may be, unable to wake up from their Sleeping Beauty slumber and make a real contribution to the future of the country, as opposed to reassuring their students that “all is well” in finance and that fiendish monsters and dragons have all been terminated with extreme prejudice.

Mind you, the last “contribution” they made was not exactly brilliant. Evidently, they are the sort of people who had what it took to put us all in deep trouble, but not what it takes to take us out. Most of them are still teaching the same old Black-Scholes stuff (is there any other equation around?), writing belated and apologetic quant-manifestos, blogging frantically, starting consulting firms that invariably attempt to cash in on their erstwhile friends, or else have been shipped away on permanent vacation or “sabbatical” to Arizona and Florida. Nice work if you can get it.

Right about now, you must be asking yourself: how in the Hell can we get out of this mess? Well, look at it this way. Should you come home from work early one day, only to find your wife in flagrante delicto with some other guy, it will not do you much good to hear “this is not what you think Honey”, or “it’s all your fault”, or even better, “you don’t understand”. The point is precisely that you DO understand. At that very moment, you might have any one of several rational reactions, leading to various noble pronouncements, things like “I understand Honey. I was uncaring and distant all these years, selfishly thinking only of myself”, or perhaps “I know. We slowly drifted apart, and no one is really to blame”, or else the classic “I pushed you away, and I bear sole responsibility.” You might say all these things, but you’re not. Instead, what you will say is this: chick, you’re outta here!

Maybe now, for the first time perhaps, you can understand how US fixed-income investors felt when they found out what you and your friends had been up to. I realize that you want to cling desperately to the belief that they will eventually forgive you, naïve and sentimental lovers that you are, but they won’t. The reason is simple: you are the same people who betrayed them, with full knowledge and intent, just ten years ago, and you never once said “I’m sorry.” Neither did you ever promise to abandon your evil, reckless ways. But then again, maybe structured finance means never having to say you’re sorry.

At this point, there is but one, last remaining question on their lips: how can you ever make it up to me? So far, your answer seems to be: gee Honey, I don’t have a frigging clue!

Our objective is crystal clear: to make money go around the world again. What could be simpler than this? Everything else, it seems. All along, the Fed has been pumping liquidity into the system ad nauseam. Evidently, it has not worked, and it could not have worked, because a credit crisis is fundamentally a crisis of identity and confidence. Another bottle of Gin is not a cure for the pangs of alcoholism, but only a postponement of the final reckoning, and a guarantee that our return to sobriety will be even more painful than it would have been but for that liquid sky.

Of course, a quick fix is much easier to execute and justify. Besides, it gets everybody off your back pronto. That way, you don’t have to deal with the real problem, for that would require some thinking on your part, and thinking is the last thing you want to do, right? As everyone knows, a quick fix is neither.

Blaming the Devil, lawyers, hurricanes, Sun spots, Obama and Wall Street “greed” will not do either. Accusing bank-robbers of robbing banks is amateurish, and yet this is precisely the current regulatory obsession. In the end, somebody has to do something bolder than sue the usual suspects. Obviously, we need a Hero to kick us in the proverbial posterior, and get the country moving again.

Although there is no obvious choice for the title role, how about the following tantalizing possibilities: a nebulous, forgotten quant, or maybe a cushy academic now sitting on his hands, i.e. the kind of cynic who knows everything about finance, by his own admission no less, and who has been waiting for his turn on the sidelines all this time, no doubt formulating theories of unbelievable precision and transcendental depth that could easily bring about measures sufficiently powerful to restore financial peace and tranquility to the land of the damned, in addition to convincing the average institutional fixed-income investor to get back in the saddle.

It sure looks like quants are like NYC cabs, i.e. never around when you really need one.

Since we don’t stand a prayer, here is one dedicated to the Portfolio Manager Anonymous:

Dear Regulator, give me the strength to fire the quants who know nothing, the courage to put up with those who know the Nothing, and the SEC Concept Release to know the difference.

So, where are the Quants?

That quants (and wannabe quants) are an amoral and irresponsible lot is beside the point. More germane is that quant thinking is irrelevant to the economic problems of this era. These problems are insoluble (leaving aside the point that quants don't give a rat's ass about them and are only looking for some quick way to make money for their institutions and themselves in a global financial set-up whose days are numbered).

A
Do Top Quant Firms actually have Alpha?

1/15/22
kennethv
K
R
Frustrated with derivatives pricing. Where else can I use my pricing skills?