I read about the following famous paradox in random walk theory in Feller's book:

It is generally expected that in a prolonged series of coin tossings, Peter should lead about half the time and Paul the other half. This is entirely wrong, however. In 20,000 tossings, it is about 88 times more probable that Peter leads in all 20,000 trials than that each player leads in 10,000 trials. In general, the lead changes at such infrequent intervals that intuition is defied. No matter how long the series of tossings, the most probable number of lead changes is zero.

What fascinated me was, in this arxiv paper (https://lnkd.in/e7HPXcb) analyzing NBA, american soccer games data reveals, that the fraction of lead times actually agrees with the Levy's arcsine law.

Do you guys have any thoughts on this? Do you'll know of some other hair-raising paradoxes in probability theory/mathematical finance? 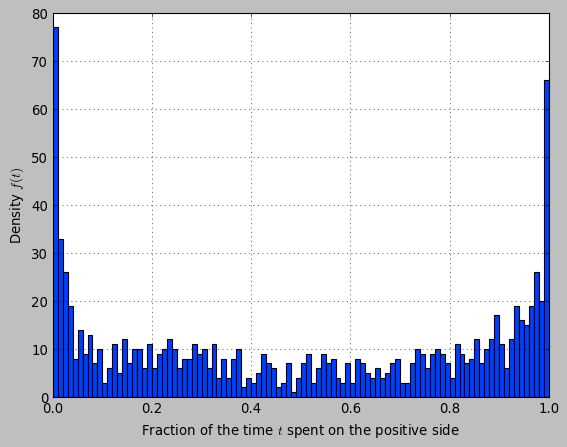 wow you just spoiled my live in-play sport betting strategy to the public!