A recent NYT article sheds light on how the trading landscape has been changing on Wall Street, due to technological advances as well as regulatory reforms such as the Dodd-Frank financial legislation.

The article makes clear that technology has been and will play a HUGE part in the industry as an increasing volume of trading occurs over automated exchanges as required by laws or other factors.

"The increased use of automated platforms means that more programmers are needed, but fewer employees over all."

The trading desks at Credit Suisse are demonstrations of how changes have transformed the type of trading and traders needed for the job. 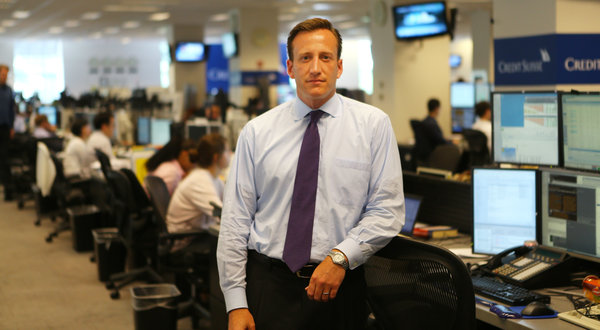 "The traders here are mostly educated in math or physics, often outside the United States, and their desks are piled high with textbooks like the “R Graphs Cookbook,” for working with obscure computer programming languages."

“Our best traders spend a lot of their time pounding away writing code,” said Ryan Sheftel, head of the bank’s automated Treasury bond trading, pointing at one of his young employees. “He is doing thousands of trades, but doesn’t need to be manually involved anymore. The code he wrote is making the trading decisions.”

Banks are being pushed to move their trading onto automated platforms as a consequence of the international bank changes known as Basel III.[prbreak][/prbreak] These require banks to hold big cushions of capital to protect themselves in case trading positions lose value, with bonds requiring particularly large and expensive cushions.

This has resulted in banks shrinking the inventories of bonds they used to have on hand in case a customer wanted, say, a million dollars’ worth of 10-year General Motors bonds. Now, those same customers have to look more broadly to find the same quantity, potentially bypassing Wall Street all together.

Another regulation forcing fixed-income desks to change quickly is a part of the Dodd-Frank financial legislation that is set to push derivatives like interest rate swaps onto exchangelike platforms later this year. Banks have lobbied vigorously against it, arguing that the electronic infrastructure is not ready for the complexities of the multitrillion-dollar market.

If there is one single point I want to drive home about, it is the future of trading will mean programming. That means there is no way you can find top dream jobs in this industry, be it traders, quants, without knowing some kind of programming languages very well.

Note: Tim Grant was mentioned in the article. He was the first person we interviewed on QuantNet.

IMO the solution is to learn how to apply C++ properly. Remaining in the Fortran sphere is Plan B in most cases.

I worked in oil/gas early 90's in NL and Middle East ; even then the simulators were moving to C++.

A Day in the Life of an Emerging Market Trader