The Flight of the Black Bear

This is the untold story of “The Black Bear”, a mythical beast normally sighted on Wall Street and The City, but occasionally and regrettably, on Main Street too. The Black Bear doesn’t fly, or at least shouldn’t fly. Unfortunately, most of the time it does fly extremely well, especially in the neighbourhood of unsuspecting foreign investors guided by fixed income salespeople looking to trade in their 2010 Lamborghini. Please note the sharp contrast with “The Black Swan”, the other terrifying predator that invariably emerges systemically and purportedly unexpectedly, like aliens at the end of a boring B-movie during which you fell asleep. When you wake up, always too late of course, that nasty bird has already crashed the bond party. In fact, the only truly unexpected feature of black swans is their expected value, given how rare they are supposed to be according to top writers in the field. 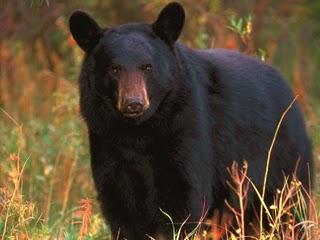 By contrast, the Black Bear’s most uncanny characteristic is its longevity. Despite everyone’s best efforts in a world where the Sierra Club, Green Peace, the National Resources Defense Council, the World Wildlife Fund, not to mention the ACLU, have yet to make any legal forays, the Black Bear appears indestructible, and basically here to stay. A cat has nine lives. How many does a bear have?

The last ethereal Black Bear to wipe out spectacularly was the aptly named “Bear Stearns”. Mind you, what is truly fascinating is not Mrs. Stearns belated widowhood, for we should all be happy to see such an exciting hunt, or perhaps the word “Chase” would be more appropriate in this case, come to its logical conclusion, but rather that it took so long. For quite a while, Mr. Stearns had been known to be living dangerously close to, and to feed off, various hunting lodges and their detritus. This was one happy bear. If you remember, he adored living close to the edge, while frolicking in the occasional hedge as well, although most of the time, “lying” close to the hedge was its preferred MO. In other words, Mr. Stearns commonly lied about all of its hedges, and usually to itself. Nietzsche used to say “liars lie to other people; visionaries to themselves too”. As it turned out, that visionary Black Bear forgot to offer a somewhat less inviting target to people with long-term capital memories, so to speak. When you forget about capital, you are definitely headed for capital punishment. Since the last bear to know non-linear truth was Yogi Berra, it was a foregone conclusion that one day, someone would eventually have had it with yet another levered garbage dump, pull out his BB- gun, shoot first and ask questions later. From direct prior experience, we can infer that the creature in question was not some misunderstood, cuddly little cub simply at the wrong place at the wrong time. On the contrary, it was a mean, uncivilized and foolish one at the wrong place all the time.

The main take-away is that Black Bears don’t fly very long, but as long as they do, they are an incredible engine of “growth”, somewhat like movie moguls raising ticket prices and then claiming that “attendance is up” by the same percentage. It seems everyone wants to be up these days, and this may explain repeated, as well as pointless, attempts to fight Mother Nature’s inescapable and crushing logic. Another issue is that bears flying subsonic are much more lethal than swans cruising at Mach 2. You see, the problem is that since bears never learn how to fly, they don’t have a clue how to land. Some will retort that it is difficult to see them when they are just taking off in the distance, merely gathering runway speed and having a jolly good time. They have not become Fed-borne yet, so what’s the problem with a wait-and-see attitude? After all, not a single law of physics has been broken. Maybe Newton was wrong about bears too? We do know he was wrong about helicopters, don’t we? This is what helicopter Ben would most likely reply to our “untenable” assertions. Are we not being “alarmist” to point out that bears cannot defy gravity forever? The opinion of rating agencies is well known: when you stare at liabilities long enough, you’d be surprised how many of them actually turn into assets, at least when the fee is high enough.

But, of course, we do know why. It is because the sight of a Black Bear on final approach at MBS International Airport is a wondrous vision to behold. We really should call it a “bear” market, but that would be decidedly alarmist since one or two Federal banking regulators could eventually look up in horror, maybe even start to make unnecessary waves about the “laws of economics” and other inconvenient notions that always get in the way of manufactured earnings. Thank God the laws of economics are neither legal nor economical. When someone, for instance a Black Bear high on CDS-laced Viagra falling from the 20th floor, yells “so far, so good” when passing the 10th floor windows, who could say for sure he’s wrong? Instead of worrying, let’s just watch. The view is simply breathtaking. But that’s not the best part. Imagine that, all the way down, that fiendish carnivore starts relieving himself onto unsuspecting bondholders down below. Now that’s a “bull” market, if you get the picture.

Can anything be done about Black Bears crashing on top of your deals? An easy fix would appear to be learning “sustainable” flight. The trouble is: can you really expect mammals to learn how to deal? Well, it is possible. In fact, any financial engineer worth his salt would do well not to dismiss entirely the probability, albeit remote, of such an event, because judging from the average trader, whales can definitely learn how to trade. Another solution would consist in preventing Black Bears from ever taking off in the first place, perhaps by anchoring them to reality, assuming we could ever define what that means in finance. This is the “we need more transparency” resolution. That would work, except that the Feds would immediately step in with accusations of “restraint of trade”, “consumer choice” and what not, and put an end to the practice in the name of efficiency and progress. Look at all the progress we’ve made over the past few years by letting the dominos fall where they may, or so it goes.

Could it be that, in the end, the flight of the Black Bear is just a necessary and unavoidable feature of human nature, one that could perhaps be ascribed to “greed”? No sir! That can’t be, for the Chicago School assures us that its economic theory is sound, and that we have grossly “misunderstood” its teachings. The problem, rather, is that the Chicago School has been understood. This is quite comforting really, because the average banker is routinely petrified at the mere sight of an equation or, for that matter, of any reality-checking device.

Attention portfolio managers, this is your conscience speaking. In preparation for rip off, please ensure that your rating criteria are tight around your private parts, that your portfolios are returned to an upgrade position and that your league tables are up and locked on target. Out there at this very moment, the next Black Bear is attempting to break the safe and sound barrier. Most likely, this will be a most exciting episode of wholesale destruction, brought to you by the very same people who can’t quite seem to fly straight.

Long live that Bear in the air!

What do you think about this piece from sraynes

This is the untold story of “The Black Bear”, a mythical beast normally sighted on Wall Street and The City, but occasionally and regrettably, on Main Street too. The Black Bear doesn’t fly, or at least shouldn’t fly. Unfortunately, most of the time it does fly extremely well, especially in the neighbourhood of unsuspecting foreign investors guided by fixed income salespeople looking to trade in their 2010 Lamborghini.
QuantNet Online Courses * QuantNet Guide/Master reading list * Track MFE application status​

In the past I've quite liked several of Silvan's articles/interviews.

This however, was a long, rambling jumble of fairly childish wordplay... and I really don't know why he bothered.

Did you have a particular take that you wanted to discuss Andy, or just opening the forum for discussion?

daleholborow said:
Did you have a particular take that you wanted to discuss Andy, or just opening the forum for discussion?
Click to expand...

Just want to see what everyone thinks. Many of the recent Sylvain's articles were written years ago, just being posted now as it seems more topical.
Knowing him, I would expect that there are lots of hidden points that are hard to pick up by casual readers who are not used to Raynes-vocabulary. Some even asked me "why he sounded angry all the time?"
QuantNet Online Courses * QuantNet Guide/Master reading list * Track MFE application status​